The Archer Costume is a pre-order exclusive costume[1] available for Sly Cooper.

It was first introduced in Sly Cooper: Thieves in Time, the sequel to Sly 3: Honor Among Thieves. Sly Cooper gains it during his stay in Medieval England, and was essential to the rescue of Sir Galleth Cooper, Sly's ancient ancestor. It allows Sly to shoot arrows with a rope tied to their end, and when the arrow reaches the target, Sly is able to use the rope to cross large gaps. 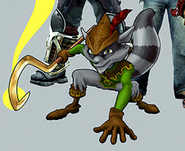 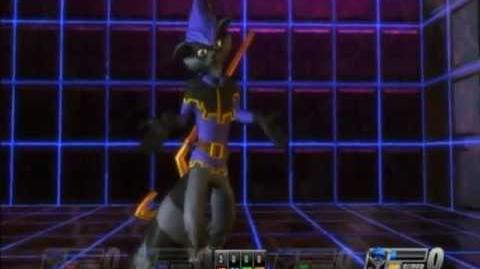 Retrieved from "https://playstationallstars.fandom.com/wiki/Archer_Costume?oldid=134580"
Community content is available under CC-BY-SA unless otherwise noted.