Emmett Graves is the main protagonist of Starhawk and a playable DLC [1] character in -Stars Battle Royale. Emmett's in-game rivals are Kat & Dusty.

GEARED UP. READY TO MOVE.

Exposed to the invaluable but dangerous Rift Energy during an attack by the Outcasts, Emmett protects mining operations from the same marauders, helping them meet their Rift quotas. Outfitted with a special regulator which keeps him from completing his transformation into an Outcast, he’s become a gun for hire, utilizing a variety of weaponry and support structures to out-maneuver and defeat his enemies.

THE LEGACY OF EMMETT GRAVES

"Rift Energy. It's what makes the whole galaxy go around. Makes some people lots of money. Makes other people... different. Get too close to it, and it'll change you. Took my brother, Logan. Turned him into the Outlaw and then... into something worse. Almost took me, too. But I got it under control, mostly. I can use it, try not to let it use me. Some days are better than others. Now I hear talk of something stronger. Just rumors, maybe a myth. But what if it isn't? If it's as powerful as they say it is.... Well, let's just say I've got a lot of work to do."

Reason: Emmett walks across the rival stage with his Kinetic Rifle wondering if there is anyone around and demanding them to show themselves. Kat then descends from the wall of the stage, which leads Emmett to ask how she can do that. Kat states that she has no memory of how she got her powers. Emmett then states that she is dangerous in which she replies that she is only trying to help people. Emmett takes this as her wanting more power, in which Kat states she never wanted this power in the first place, and is going to use it to stop monsters like him. Emmett then threatens her that "she better try to keep her feet on the ground, and he'll try not to drop a building on her." They begin the battle.

Emmett: Alright. Whoever you are... Show yourself.

(Kat descends from the walls.)

Emmett: Mind telling me how you did that?

Emmett: People like you, who don't know what you're doing... you're dangerous.

Emmett: 'Just trying to help.' Yeah, I hear that a lot, too. Power feels good though, right? Soon, that's all you're gonna want... more power.

Kat: I never wanted this power in the first place! But since I've got it, I'm going to use this to save people from monsters... like you?

Emmett: Knew it would come to this. You keep your feet on the ground, girlie, and I'll try not to drop a building on you.

"Stories turned out to be true. The energy those people were looking for... it's like nothing I've seen before. Most of 'em couldn't handle it. I guess Cutter's regulator helped me. Or maybe I just got lucky. Either way, it's in me now, too. I can feel it mixing with the Rift energy, just itching to get out. Sooner or later I'm gonna let it out. And God help anyone in my way when I do."

Lose: Has back to the screen.

Emmett's unlockable, unlocked at Level 10, based on his space gear. 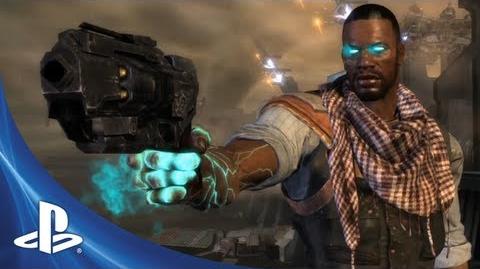 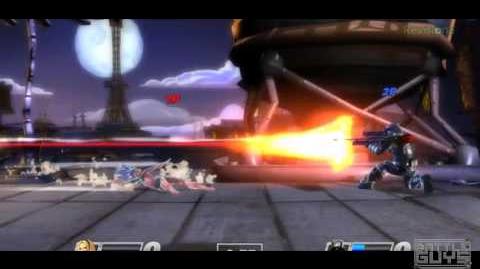 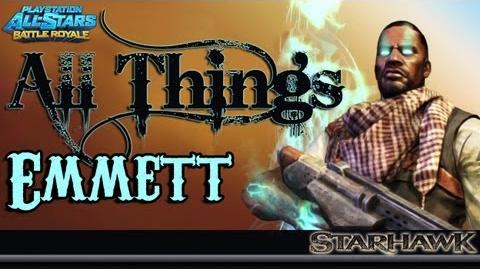 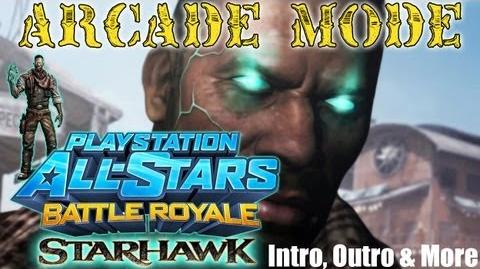