Logan Graves is one of the main characters in Starhawk. He is Emmett Graves' deceased brother, and is the primary antagonist of Starhawk, as he was highly exposed to Rift Energy, as seen in the beginning cutscenes of the game, and becoming the leader of the Scabs under the name of "The Outlaw." He appears as a DLC Minion in Playstation All-Stars Battle Royale and as a DLC costume, named Outlaw, for Emmett Graves.

Logan Graves is Emmett Graves's brother and is the leader of an Outcast warband after being exposed to Rift Energy. Not much else is known about him, other than Emmett trying to track him down. 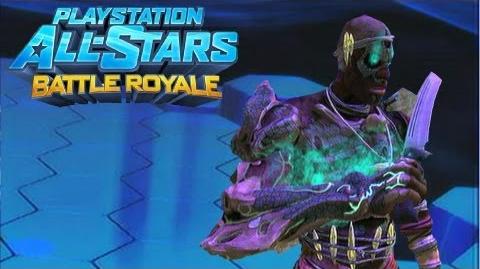 Retrieved from "https://playstationallstars.fandom.com/wiki/Logan_Graves?oldid=138855"
Community content is available under CC-BY-SA unless otherwise noted.