LittleBigPlanet
Paris is a stage in PlayStation All-Stars Battle Royale. It is a mash-up of the Sly Cooper series and the LittleBigPlanet series.

There is a trophy avaliable if Sly Cooper uses his Level 3 Super Move, Recon Sly and His Targets on this stage. 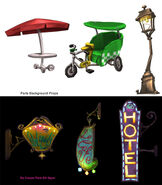 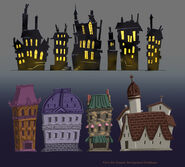 The music from phase one of the match is a techno remix of "Hard Target" by Peter McConnell and Michael Bricker from Sly Cooper: Thieves in Time.

The music from phase two of the match is an original theme inspired by the first and second variations of "The Cosmos Theme" by Kenith Young from LittleBigPlanet 2, though it could take some inspiration from "XII. Finale" by National Symphony Orchestra of Ukraine.