Zeus is one of the main characters in the God of War Series. He appears as a supporting protagonist in the first God of War, but later becomes the main antagonist in both God of War II and God of War III. Zeus also appears in PlayStation All-Stars Battle Royale as a DLC playable character. Zeus' in-game rival is Isaac Clarke.

From the marble halls high on Mount Olympus, Zeus rules over mortals and immortals alike as King of the Gods. Having claimed the throne by overthrowing his Titan father Cronos, Zeus keeps a careful watch on his own offspring. Even now Zeus' half mortal son, the Spartan Warrior Kratos, rises up to take revenge. As the most powerful of the Olympians, Zeus will defend his supremacy against any who oppose him. His justice is swift and delivered in devastating thunderbolts and lightning.

THE LEGACY OF ZEUS:

The story begins with Zeus on top of Mount Olympus, observing a battle down on Earth. He sees that the people are from different universes. Zeus notices that even his own son, Kratos is involved in this. He thinks that the mortals are all in service of a "self-proclaimed god, an imposter who lays claim to the very creation of all." Seeing them all as a threat, Zeus transforms into his eagle form, and files down the mountain to stop this madness.

"There is trouble in Olympus, and great turmoil in the mortal world. Souls from across the universe amass to do battle, including my own son. All in service of a self-proclaimed god, an imposter who lays claim to the very creation of all. I have forbidden the gods from interfering in the affairs of mortals. Olympus must remain removed from the clamor below. But Kratos has shown what can happen when those not born of Olympus attain too much power. I will put a stop to this madness. And to anyone who dares stand in my way."

Reason: Zeus arrives to inspect the Rival Arena, dismissing the "work of the pretender" as a mortal child's play-thing". He then notices Isaac and inquires if the engineer was the one who built the strange world. Isaac merely responds the he had just arrived, himself, and Zeus becomes angered when he believes Isaac "dared to raise his hand against a god", after Isaac inadvertently points his plasma cutter at Zeus. Zeus then demands that Isaac explain himself, but Isaac does not, so to make himself clear, Zeus creates a lightning bolt and throws it towards him, but Isaac catches it with Kinesis. Enraged, Zeus tells Isaac that he will pay with his life for his insolence as they prepare to fight.

(Zeus appears and takes a look at the arena.)

Zeus: This? This is the handiwork of the pretender? It looks like a mortal child's plaything!

Isaac: Hey, I just got here myself.

Zeus: A mortal? You dare raise your hand against a god? Explain yourself before I make you kneel.

Isaac: I'm afraid I can't do that. I've seen too much happen too quickly around here.

Zeus: Perhaps you thought I was making a request. Let me make myself clear!

(Zeus summons a lightning bolt and throws it at Isaac, but he catches it using his Kinesis.)

Zeus: You will pay with your life for your insolence.

Satisfied with his work, Zeus returns to Olympus, reminding the mortals of their place and the Polygon Man destroyed. But he is well aware that Kratos will be coming for him, for revenge. But as he sits on his throne, pondering what to do next, the king of the gods glows with power, knowing Kratos will have a challenge dethroning him.

"It had been too long since I've been back to Olympus. I have restored order on earth, where before there was only chaos. To do so, the most unruly of mortals had to be reminded of their place, and the so-called god stripped of his pretense. The threat posed by Kratos is real. It must be dealt with decisively. He must be made aware of the power that the Gods of Olympus possess. And if he thought he would simply stride into Olympus... ...he will soon enough see what a mistake that is."

Win: Stands with a lightning bolt in his hand.

Lose: Looks away from the camera.

["The Battle for Olympus" directly from God of War II]

Zeus's default appearance as he is seen in God of War III.

Zeus's alternate appearance as seen in God of War II, combined with a modified form of Athena's toga and armor.

Zeus' young appearance, as seen in God of War II. This outfit appeared as Zeus's third costume unlocked immediately with the last update patch for the game. 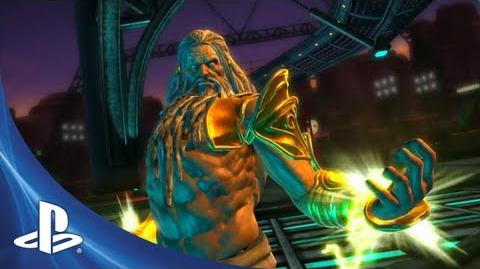 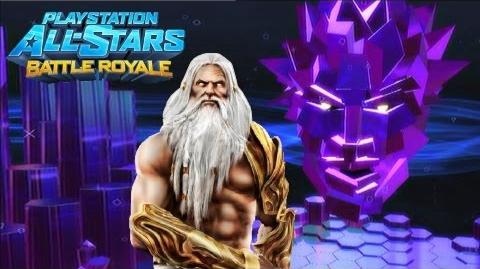 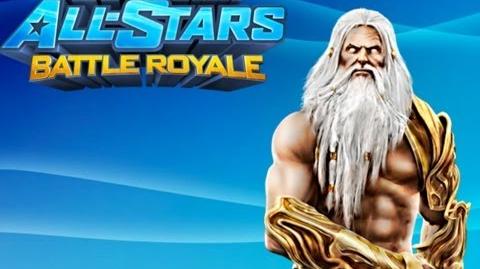